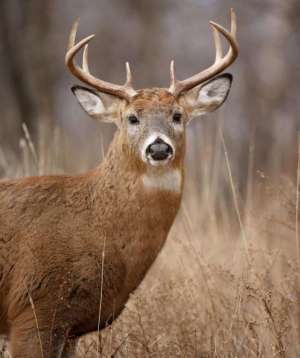 On Saturday, November 16, 2019, Terry Brown, loving husband and father of two children, passed away at the age of 79 at his home, with his family by his side.

Terry was born on May 7, 1940 in Alledonia, Ohio to the late Ottis R (Winnie) Brown and Edna Milhoan (Roland) Murphy.

He was retired from O.D.O.T. in Morristown, Ohio after 31 years, as head mechanic.  He was a member of the Barnesville First Baptist Church and Seneca Lake Sportsman Club.  He had a passion for woodworking.  Terry was a true outdoorsman, loved fishing and hunting on the family farm.

In addition to his parents, he was preceded in death by his brothers, James, Jeffery, & Scott Murphy.

Terry has also left behind his devoted and beloved dog, TAZ.

We invite you to reminisce, share prayers, and condolences by visiting: patronfuneralhomesandcrematory.com

In lieu of flowers, donations toward funeral expenses are appreciated and may be mailed to: 310 South Broadway St., Barnesville, OH 43713.

A service summary is not available